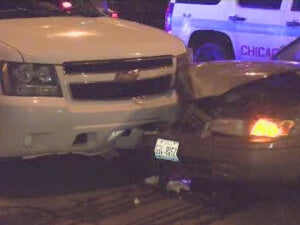 An Andersonville bartender faces numerous traffic offenses and a felony drug charge following a crash with a police car.  According to the report, the suspect turned in front of the police car and struck the front end of the vehicle. In addition to being cited for failing to yield the right of way, the 23-year-old is also facing alcohol and drug-related DUI charges.