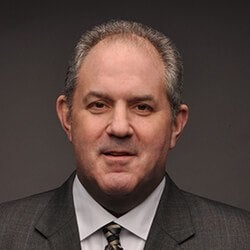 As the weather is starting to get nicer, the leaves are appearing on the trees and we have hit spring in Chicago, I am reminded that it is also the beginning of bicycle riding season in Chicago.  Bicycle riding in the city of Chicago is on the rise, in part due to the emphasis placed upon it by our mayor, Rahm Emanuel.  Over the last four years, many new bike paths have been formed and over 100 miles of bike lanes have been created on our city streets.  Entire streets in the downtown Chicago Loop have been changed to better accommodate bicycle riders.  The bicycle has become a common means for many Chicago residents to commute to their jobs downtown in the morning and late afternoon every weekday.

I was reading an article in the Chicago Tribune yesterday about the increase in dooring incidents in the city and it reminded me to write a blog on the topic.  Dooring occurs when a bicyclist is hit by a person in a car opening their door while the bicyclist is attempting to pass the parked car.  That type of accident along with bicyclists being hit by cars coming out of parking spaces is an everyday occurrence in Chicago.

As a Chicago personal injury lawyer who represents bicyclist who are seriously injured by cars, I thought I could share some tips to help prevent those accidents.  The first tip for all drivers is to make sure to look before you open your car door when you want to exit the vehicle.  Chicago is a city with numerous bicycle riders and one could be traveling right next to your vehicle.  You should not only look in your driver's side mirror but also your rear view mirror.  You should also inch your door open and look to the rear to make sure a bicyclist is not there or not approaching.  These simple and safe steps will go a long way toward preventing you, the driver, from injuring a bicyclist and being sued for personal injury.

As a Chicago personal injury lawyer, I know the law in Illinois about these type of accidents.  Our firm has represented many bicyclists who suffered serious injuries due to car drivers' failing to use ordinary care when opening their car doors.  The failure to properly look and open your door slowly, thereby striking a bicyclists can be construed as negligence in Illinois.  If you are negligent and injury someone, you are liable for the injuries you cause that person.  You will be responsible for their medical bills, lost wages, pain and suffering and disability caused by the injury.

Of course, the conduct of the bicycle driver is also examined.  The bicyclists has to use ordinary care when riding their bike. The failure to use ordinary care constitutes contributory negligence.  If a bicyclist is contributorily negligent, their claim for damages is reduced by the percentage of their own negligence.  For example, say a dooring incident causes an injury to a bicyclist, resulting in surgery.  If the case is worth $300,000, and the bicyclist is 20% at fault, that would reduce the value of the injured persons case by 20%($60,000), making their case worth $240,000.  If a injured person is more than 50% at fault for causing an accident, then they cannot recover any money damages for their injuries.

If you are injured in a bicycle accident and need a top Chicago personal injury lawyer (we represent people in all counties of Illinois), please contact David Nemeroff of Nemeroff Law Offices at 312-629-8800 now for a free consultation.