The U.S. Department of Agriculture's Food Safety Inspection Service (FSIS) has announced last Tuesday that over 15,000 pounds of Applegate's fully cooked and frozen chicken nuggets have been recalled. Any 8 ounce box of Applegate chicken nuggets with the "best before" date of Febuary 5th, 2015 with the establishment number "P2616" are in danger of having "extraneous materials", reports the FSIS. 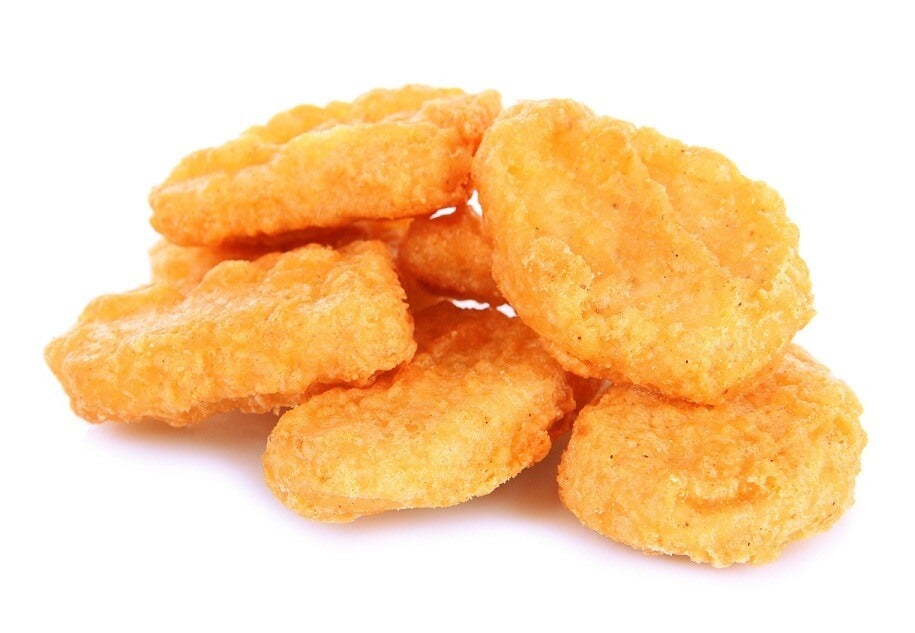 These nuggets were produced in Perdue's Gainsville, Georgia establishment, and were shipped and sold throughout the nation to retail outlets — including retail stores in Illinois. In a press release, FSIS confirmed stating, "The problem was discovered after the firm received consumer complaints that small pieces of plastic were found in the products."

Applegate spoke about the mishap, stating that the blunder is a completely isolated issue — no other products were affected and should not be harmful to consumers. Applegate explained, "The raw chicken for our nuggets is stored in plastic containers prior to being put through a grinder. A piece of plastic from one of the containers became dislodged and commingled with the raw chicken."

While there have been several complaints, there are no reports of injury. This voluntary recall has been classified a class II, which means that there is a potential health risk. Any consumers that have been affected by the recall are able to return the chicken nuggets to the original retail store they purchased them at for a full refund.

If you or a loved one have been affected by a defective product, whether a contaminated food product, dangerous drugs, defective child's toy, or anything in between — please do not hesitate to call Nemeroff Law Offices to speak with a Chicago Product Liability Lawyer. Our Product Liability Attorneys in Chicago will help you realize your rights, and defend you so that you receive the compensation you deserve. Contact us immediately at 312-629-8800 or complete our online contact us form.