Another Car Crashes Into Building In Downtown Hinsdale 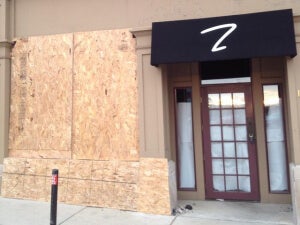 Another vehicle has crashed into a building in downtown Hinsdale. This crash is the third of its kind to occur on the same block in the last five weeks. Yesterday, a 61-year-old woman crashed into a vacant building that used to be a restaurant; she was cited for the crash. According to the report, Monday's crash marks the ninths time in the past 12 years that a car has crashed into building on that block.

“People, I guess … think they're parked, and then they go, I guess, push the ignition, and then go up the curb,” said the manager of a nearby bagel shop.

In January 2012, David Nemeroff was voted one of the Top 100 Lawyers in the entire state of Illinois (out of 83,000 lawyers) by Super Lawyers Magazine...