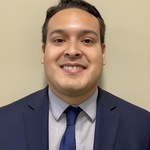 Jonathan Beissinger is an attorney who focuses on personal injury cases. He graduated from Loyola University Chicago School of Law and is admitted to the Illinois Bar. While in law school, Jon took classes focused on litigation, including several trial practice classes. In his final year of law school, Jon also represented clients with work discrimination claims in mediations conducted through the Equal Opportunity Employment Commission (EEOC) as part of Loyola's mediation clinic. In addition, Jon was actively involved in the Latino Law Students Association and served as Secretary in his second year of law school.

Before joining Nemeroff Law Offices, Jon worked throughout law school at another personal injury law firm in Chicago. He also spent three years working as a paralegal at several firms on his native East Coast in New York and New Jersey.

Jon got his undergraduate degree from Princeton University in 2013 where he majored in history. He focused specifically on European history and wrote his thesis about German history.

Jon is also a proud Latino and Paraguayan-American who speaks proficient Spanish.

In his free time, Jon enjoys both playing and watching sports, especially football and soccer. He also likes to explore new restaurants with his friends and fiancée.